We’ll look at what makes this router such a successful router for any house and how it improves upon and solves a lot of problems that have plagued users with Wi-Fi routers for years. Wi-Fi can be a tricky issue in a lot of households and apartments. For houses and apartments,  People usually notice that their Wi-Fi router fails to pump enough signal to cover their entire home with maximum Wi-Fi signal strength. In apartments where you have the opposite problem, there are so many routers in such close proximity to each other that they cause a ton of interference problems and therefore reduce the efficiency of the individual Wi-Fi router.

One of the best capabilities of the Google Wi-Fi router that is channel optimization. With channel optimization, Google Wi-Fi searches the area in which it is positioned to see what Wi-Fi networks are actually in operation, as well as to determine other sources of congestion and interference. Then pick the right channel for your Wi-Fi gadgets to be on. This is perfect for apartment dwellers for all the routers in near proximity to each other and plenty of sources of interference for Wi-Fi routers, and it’s also useful for other scenarios like playing PS 4 with the headphones wired into the device. The best part of this feature of the Google Wi-Fi router is that it does not necessarily make you really have to worry about it that’s really a pretty good way to learn of what it’s like to live with a Google Wi-Fi network. Google is already taking care of it so you don’t even have to worry about it. The way they do this is through good hardware and good software.

The Google Wi-Fi app, which is really useful and has a lot of functionality, will let you know, for example, whether your Wi-Fi network is offline or online with the Google Wi-Fi app, if you’re at home or out, on the go, you’ll still be able to see the status of your network. The Google Wi-Fi app also lets you see the devices that are currently on your Wi-Fi network that are pretty cool.Another cool feature of the Google Wi-Fi router app is that it allows you to monitor the brightness of the LED in the Wi-Fi point itself, so if you place your router behind your TV, for example, as I do, and don’t want the LED to blind you when you’re watching a movie, you can only go to the Wi-Fi point settings in the Google Wi-Fi software and change the brightness of the LED. If you’re a kind of person who forgets about your Wi-Fi password or has never really made it available to your friends and family, the Google Wi-Fi has been used there, so your Google Wi-Fi network password is also accessible inside the app, so it’s easy to communicate with friends and family through a range of networking methods such as texting , email, Facebook messages, etc. Another great feature of the app is that you can prioritize specific devices on your Wi-Fi network to increase their bandwidth. You really can’t believe how easy it is to do that and a number of other stuff in this app, which is great news if you’re a kind of individual who isn’t particularly professional, and especially doesn’t want to get used to all the router settings and And you have a fantastic performance, and everything just works very well.

One nice thing that the app does when you set up an additional Wi-Fi point is that it will actually tell you if the Wi-Fi point you set up is in a good location in your home and receives a strong signal from the main router. Now that you’ve got a Google Wi-Fi mesh network made up of several Wi-Fi points, what happens is that the Wi-Fi router you ‘re using will actually connect to the closest Wi-Fi site, and the Google Wi-Fi is that they’re all doing that instantly, and you never have to worry about it again. Finding many Wi-Fi points makes a huge difference.

Moving on, let’s think about some more cool features for this router that is one of my personal favourites, the Google Wi-Fi software lets you see and access various Wi-Fi networks. This is perfect if you’ve gifted the Google Wi-Fi router to your friends and relatives and you can go in to see the status of their network and manage it if you need to, or it’s nice if you have multiple houses, you can either go in and control each home network and move between the two now.

Creating a guest Wi-Fi network is also incredibly easy with Google Wi-Fi, all you have to do is determine whether you want to call a guest network and a guest network password, and then Google only takes care of the rest and you don’t have to think about recalling your guest Wi-Fi password because it’s stored in the app as well.

Around 2,000 square feet, depending on where the router is currently located and where the cable is coming into your house. Now your mileage may vary here, and the materials used to create your house and the kind of floor plan you have will both lead to how many Wi-Fi points you will require for your house.

Overall, the Google Wi-Fi is the best wifi router for your smart home with one of the best designed apps. They have incredible results to give the entire residents full Wi-Fi coverage and make Wi-Fi network management as easy as it should be. 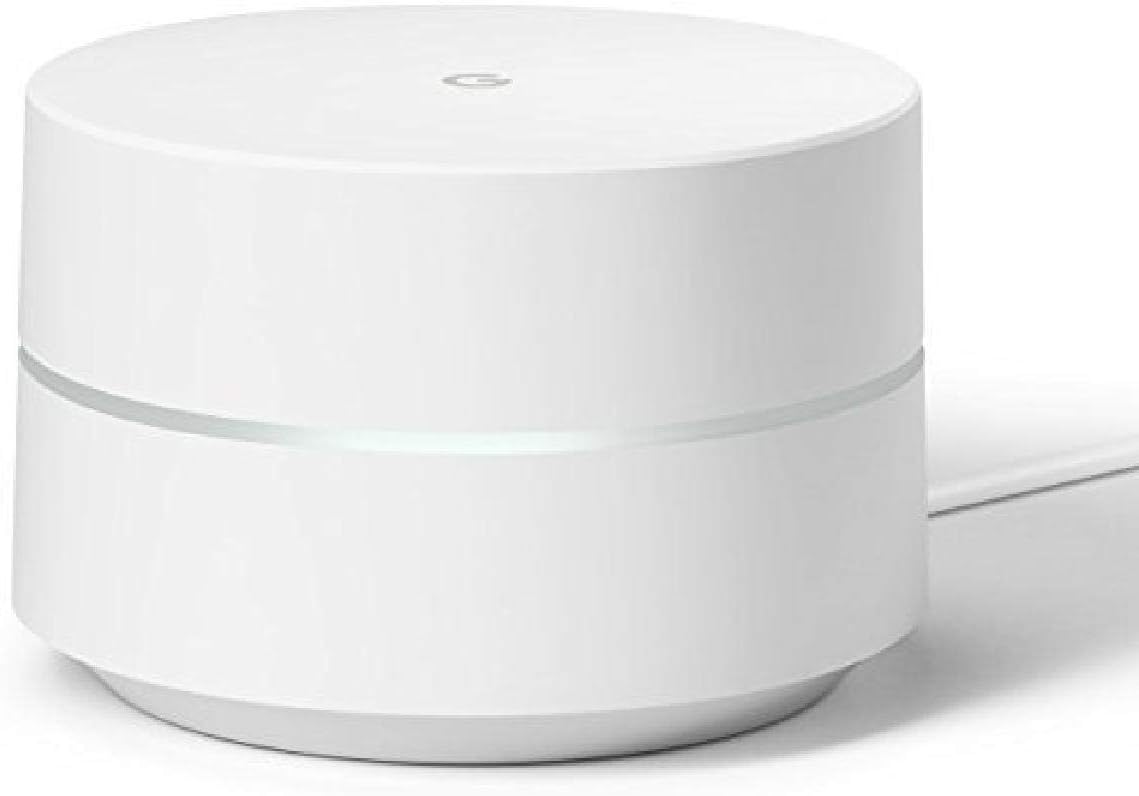